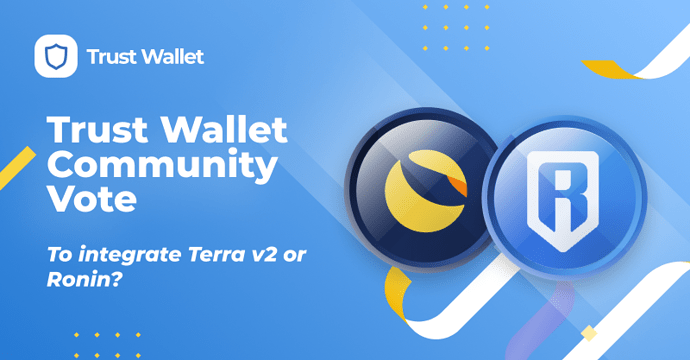 Ronin and Terra are both two popular chains with great community. But both of them suffer from attacks of different scales that result in big, negative influence. Are they worth the technical resource or distraction? Which one do you think the positives outweighs the cost more to prioritize integration?

Ronin is an Ethereum-linked sidechain developed by Sky Mavis for the famous Axie Infinity game that pioneers the play-to-earn model. Axie Infinity has a robust in-game economy which relies on various Ethereum-based cryptocurrencies. The Ronin blockchain allows game players to send 100 free transactions per day to address the problem of Ethereum’s high gas fees.

On March 23, 2022, the Ronin Network experienced an attack which resulted in approximately $620 million worth of ETH and USDC being stolen from users’ addresses.

On April 6th, Sky Mavis announced a funding round lead by Binance, with participation from Andreessen Horowitz and others, to help reimburse users impacted by the hack. Sky Mavis also announced changes to their validator governance amongst other security measures to prevent a similar attack from happening again.

What is Terra v2?

Following the collapse of the Terra ecosystem in May 2022, Terra’s governance token LUNA dropped almost to 0. The community voted to restart the blockchain in an attempt to revive the Terra blockchain. The existing Terra blockchain would subsequently be renamed to Terra Classic with its asset being renamed to Luna Classic / USTC. An airdrop to qualified Luna holders is planned for May 27, 2022 based on Terra project team’s token distribution plan.

For more information, please refer to the following:

Support for Terra v2 would require additional development work as it’s an entirely new blockchain and will result the team to push back integration work with all the other chains. Specifically, the work to implement Terra v2 would come at the cost of currently in-progress efforts for Ronin support.

If Trust Wallet does not build support for the new Terra blockchain, the team will continue working on adding Ronin support. This will enable Trust Wallet users to manage and transact their Axies directly. In this case, Terra users could still use another wallet such as Terra Station to access their airdropped Luna funds on the new Terra blockchain.

If users would prefer the ability to view their LUNA balance in Trust Wallet following the airdrop, Ronin support will be delayed.