New paradigm of man through his economic, territorial freedom
In these moments of humanity where we see economic systems plagued by insecurity, mistrust and endless evils that cause them to depreciate over time, generating chaos in the economy, scam bubbles.

Encryption as an element of influence for new technologies that allow to give more security and confidence, that is why the contribution of the Blockchain is also important. With the delivery of new tools to change that negative view that the economy has and breaking territorial barriers so that humanity is free, that is why in these small words we are going to describe a little of these technologies that are not helping day by day in advancing .

To define in a simple way what this technology is, we imagine many workers grouped in node, which Execute instructions and register them in order in blocks, each instruction generating a network that allows validating the information of a group of workers to another group of workers, this is something so simple that sometimes we think it can’t be. And we want it to be complex and difficult, although in concept it is that simple, the mathematical process can be very complex to understand the more complex and difficult it is, the more trust it should generate. Well, here we see the first of the elements such as encryption or what these new tools applied can generate freedom because it is not something complex to define to understand, it is something simple that makes complex operations and generates security, trust and integrity to each operation.

Each one has their own record and then when trying to violate any of the operations they must do it jointly at all the points where the workers are grouped, that is why this methodology is safe where in a verifying way each operation is made solid.

Undoubtedly, after all this, two key words come to us in this new world which are centralization and decentralization.Although I have told you that these new technologies by themselves seek to generate trust, progress does not push to the next step having Power in the hands can be inconvenient as always.

In other words we can have a centralized group where their vision comes from a center and we have another group that is decentralized where they do not have a center, the responsibility could be individual, that is why at this point of decentralization there could be much more security with respect to the Clearly centralized in what the blockchain is, it is not seen so much since everything is usually seen as a set operating at the same time.

But at the point of depositors or storage wallets of crypto assets, if it can be more to apply the application of the two operating models, all of these starting with the elements that compose it and their handling and it is the key or keys that are one public and a private one where we can see that the administration of these keys can be centralized understanding this that would allow the applied management of those deposited in the wallets by a third party and would be centralized that would allow acting as a regulator for a possible failure or possible manipulation in some In this case, third parties are service providers and have good ethics and provide quality services in operations, apart from the fact that technology updates and the adaptation of new protocols are easier to implement because the third party would provide the necessary support for this.

In the decentralized one, the user would be in charge of the adaptation of the wallet, having only total control and freedom as well as the responsibility of ensuring the integrity of both public and private keys.

Let’s not forget that this started from the thoughts of the simple need to implement a person-to-person payment method electronically.Here we clearly see that the main idea is the person-to-person relationship without the limitations of presence, or physical money because This methodology would be applied electronically where there would be no limits with respect to the location or territory, allowing free global trade in a way, where restrictive regulatory policies are minimized with respect to the individual economic development of each person, giving the opportunity to exercise free economy with one equal to them in any part of the world this thought is usually profound because we are used to the commerce methodology that still persists today but I think this thought is true freedom and part of the technologies that we are describing in these short words we currently see many economies that instead of evolving ionar regress in the development of individual freedoms.

It is very sad to see how a society regresses it is very sad to see large economies that are reduced by retrograde restrictions of those who exercise power, an example of these we see in economic implementations such as the fact of Venezuela, a country that had a good economic development but currently is submerged in a social and economic chaos here in these technologies, many of those who live in that country with these severe economic restrictions through these mechanisms have allowed the commercialization of cryptoactives in that chaos to be released, it has grown exponentially at the hands of platforms such as the one implemented by the p2p of binance, they offered zero commission in the same opening a sale of so much darkness giving a respite to many who suffer from the attics of hyperinflation.

The documentation of these new tools is under development, with respect to decentralized finance it is not as broad as we would like but what is really interesting at this time is that the implementation if they move forward we see endless actors who want to interact with this model of modern business, where investment, loan, speculation itself as an active and non-disruptive element in the economy allows generating resources where an asset. It is appreciated for its demand and it despises for its excess supply that basic nature of the supply and demand economy where it is currently manipulated, generating chaos in the world economy because really more than a supply or a natural demand it is an element of manipulation for a profit . 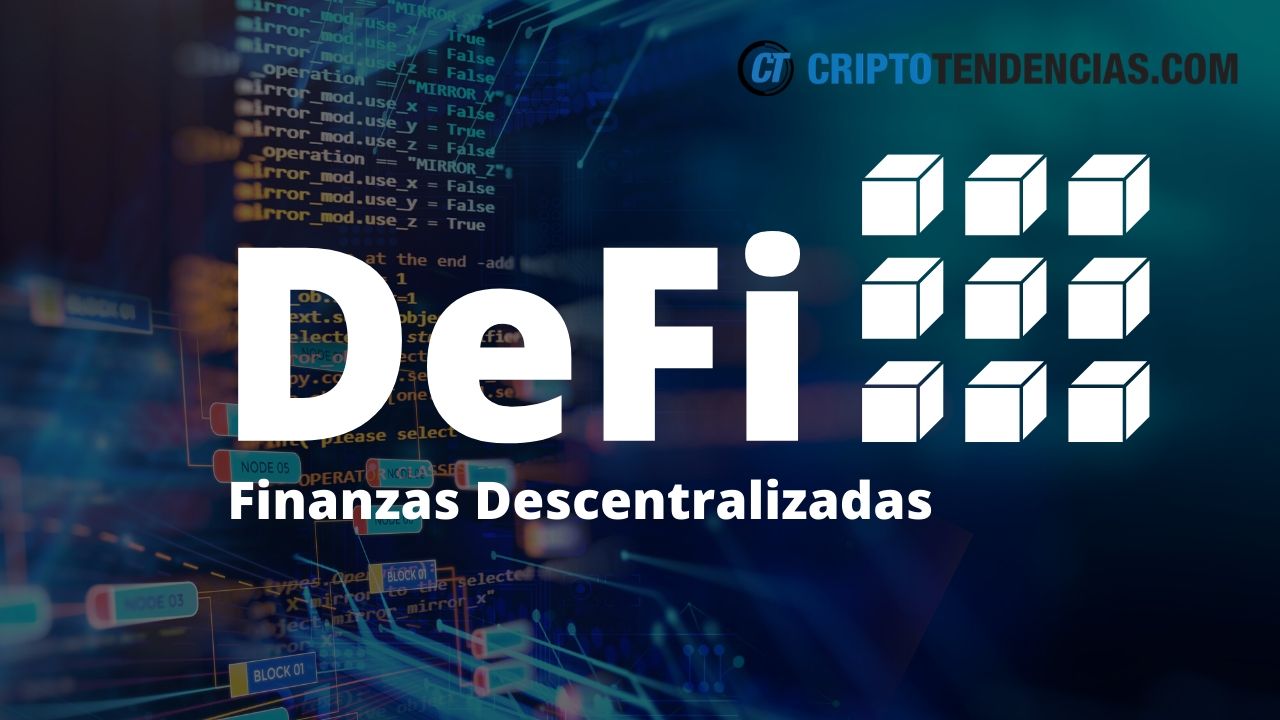 In decentralized finance, where each operation is marked and freely available, this manipulation of hiding an asset so that they are appreciated, and the misleading offer of a resource so that it loses its value, is limited by the implementation of modern protocols as well as the implementation of smart contracts where they regulate economic activity where self-execution automation is its strength, allowing the free operation of a certain asset where permits are granted directly and there is nothing hidden because that would be registered, this type of financial instruments, and the cherry Of the cake in this world today is the decentralized applications that come to be like the elements that link all this type of technologies in decentralized finance, thus allowing us to open the range of broader possibilities in this environment, we start from games as well as exchange houses or elements financing such as loan contracts and all this from an easy and secure way through decentralized applications.