How to Stake Ontology

What is Ontology (ONT) and Ontology Gas (ONG)?

ONG generated by staking ONT is used to pay for the transaction fees on the Ontology Network. They are also tradeable in major cryptocurrency exchanges.

How to Stake Ontology?

Hold ONT in order to generate ONG tokens. Any ONT address with a nonzero ONT balance generates ONG, with or without staking. 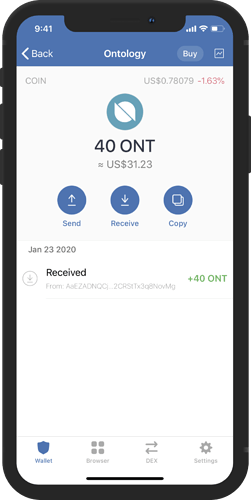 How are Rewards Calculated?

The more ONT you hold, the more ONG will be gained. You can use this simple online calculator to get an estimate of your rewards: https://ontcalc.com. There is around 6,696 ONG distributed total per month but this will eventually get lower as soon as the total supply is released.

How to Claim ONG Rewards?

If you do not see ONG on your wallet, tap the “+” sign on the upper right and search for ONG, then use the toggle to add the token. 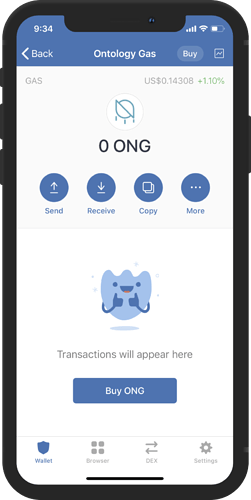 Step 2 - Send ONG to Your Wallet 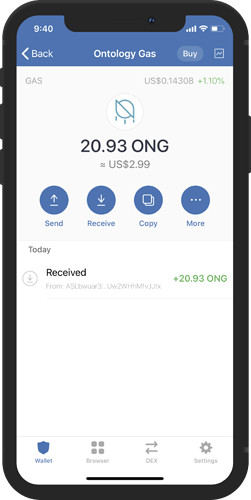 ONG generated has to be claimed manually.

You need to make an ONT transaction to move the Unbound ONG to the Claimable ONG state. 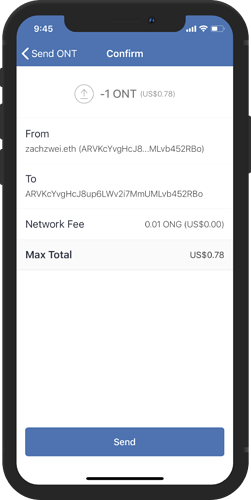 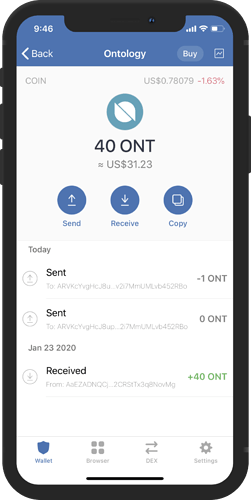 Once the ONG is now on the Claimable ONG status, the reward will be shown on the ONG wallet.
Tap on More then Claim Rewards to begin the process. 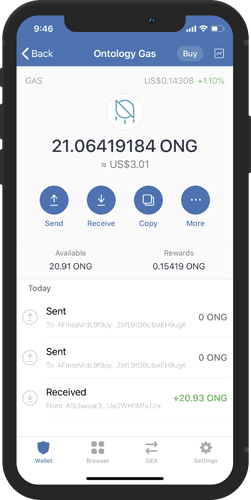 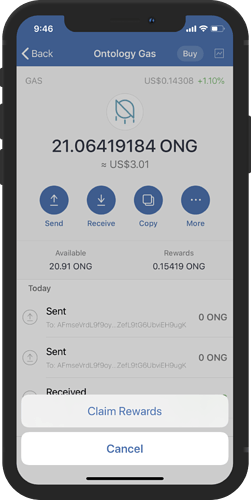 Note:
The ONG balance shown here is the total of the Available and Claimable Rewards.

Tap on Send to proceed. Once the transaction is confirmed, your ONG balance will update automatically. 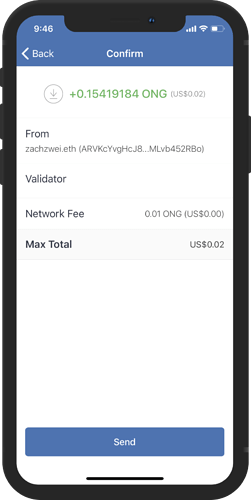 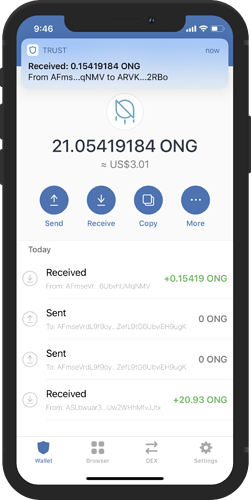 Note:
The Available and Rewards section will not show up once the claiming procedure is completed. This is displayed when there are Rewards that can be claimed (See Step 3).

How to Check the Ontology Blockchain Explorer

You can also view your staking status by going to this explorer: https://explorer.ont.io and then do a search for your ONT/ONG address.

Reward for ONT and claim