INNBCL Tokens not being swapped?

Just a thought… Has anyone else not had tokens swapped to new tokens? I have over 8.5 trillion tokens that should have been swapped out and the administrator refuses to do so. Have over 2 billion dollars in my trust wallet in this token that I cannot do anything with. Does anyone think this is a scam? 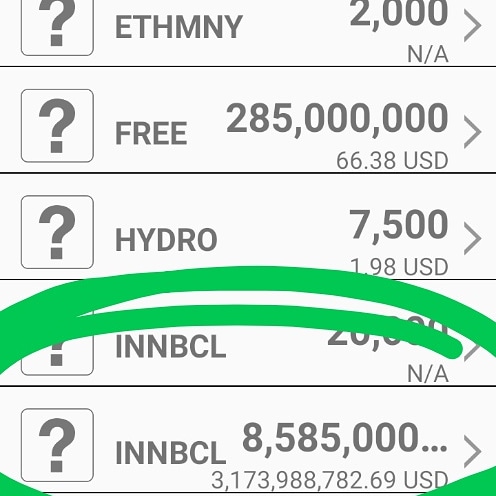 It looks so. Almost too good to be true

Looks like a scam to me, but never heard of the token and dont know about its incentives and market dynamics.

I have the same problem, I nearly crapped when I saw the millions under the INNBCL!

I’ve since learned that this is the old version and they were supposed to convert them for us!?

I thought it was a glitch with Trust Wallet so I moved all my other assets too…how do you know it hasn’t been compromised?

I actually talked with the administrator that is over that, he was an ass to me and refused to swap my tokens. I kept all the correspondence with him so now I have them in a corner.

I looked at coinmarket - once again did not understand 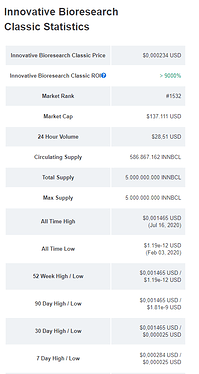 This print out is the new token. They’ve claimed to have already swapped the tokens out. But, where do you get off swapping 8.5 trillion tokens for 20k tokens . That stuff is goofy. Its okay I am contacting an attorney on a class action suit against the company. I will post the link here for anyone who has this problem