Hello, I’m trying to transfer some of my coins out of my trust wallet but the transfer screen keeps loading forever. It’s been up to 15 minutes and nothing happened. I tried restarting the app but it doesn’t work too. Is this a normal issue? 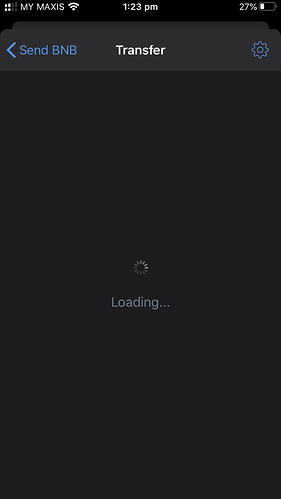 Hello, there’s an issue that seems to affect users with iOS 14.2 or lower but no problem with iOS 14.5 and above. Try to update your iOS versions and try again.
Updating iOS version to iOS 14.5 or later is temporary measure in case it is emergency transaction. New app version with the fix will be released soon.

Thank you. Will try that out. Do you know when the new version with the fix will be released?

@Ken_322 you can check on AppStore now, update app to version 6.6 problem will be fixed.