Is there a Desktop version of Trust Wallet?

Trust Wallet is primarily designed for mobile devices and tablets. Due to the transition of Mac computers to the new Apple Silicon, this opened up the possibility of using iPhone and iPad apps on Mac computers. The Apple M1 is an ARM-based system on a chip that was designed by Apple Inc. as a central processing unit and graphics processing unit for its Mac computers and iPad Pro tablets. With the new macOS Big Sur and M1, Mac users can run a greater range of apps than ever before. iPhone and iPad apps can now run directly on the Mac.

Where to get Trust Wallet for the M1 Mac?

Launch the AppStore and then search for Trust Wallet. You can download and install the iPad version of Trust Wallet on your M1 Mac. 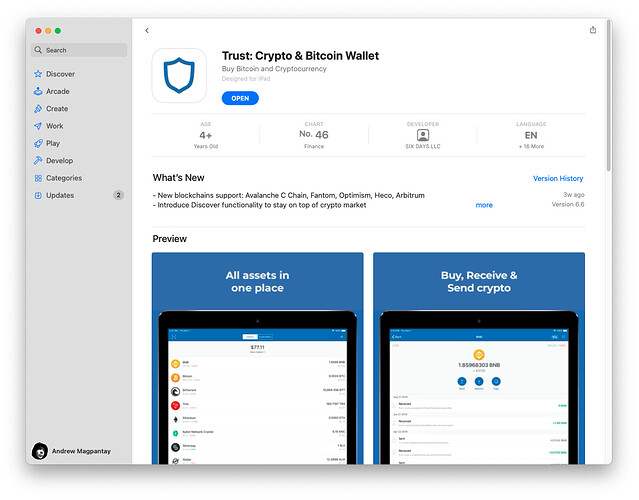 Make sure to only download Trust Wallet from the AppStore. The AppStore will also let you know once a new version is out. 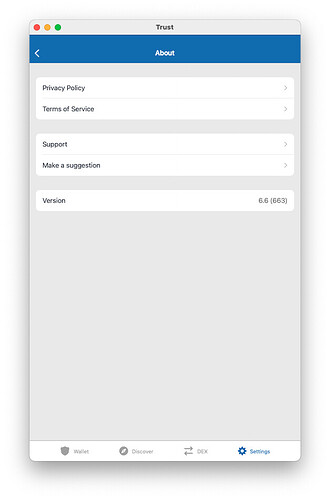 How to use Trust Wallet on the M1 Mac

The functionality will be the same as when using Trust Wallet on a mobile device or tablet. Create a new wallet and make sure to backup your Recovery Phrase. 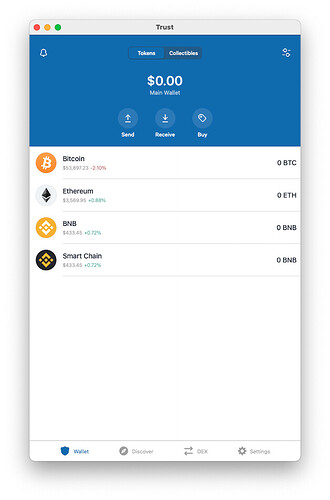 Send, receive and swap your assets. Discover what is trending in the crypto markets. 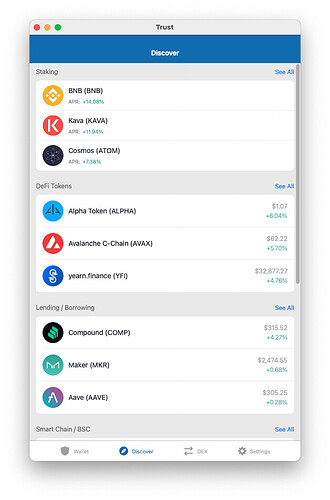 You can also import your wallet from your mobile device to your M1 Mac. 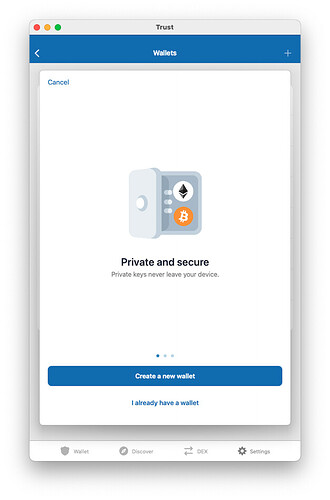 Is there a Desktop version for Windows PCs?

As of the moment, there is still no Desktop version for Windows of Trust Wallet. The development team is always in the lookout for new and emerging technologies. Be sure to follow our official Twitter account for the latest news.